Photos of common and unique butterflies that are mainly colored Yellow or have mostly yellow colored wings or markings. 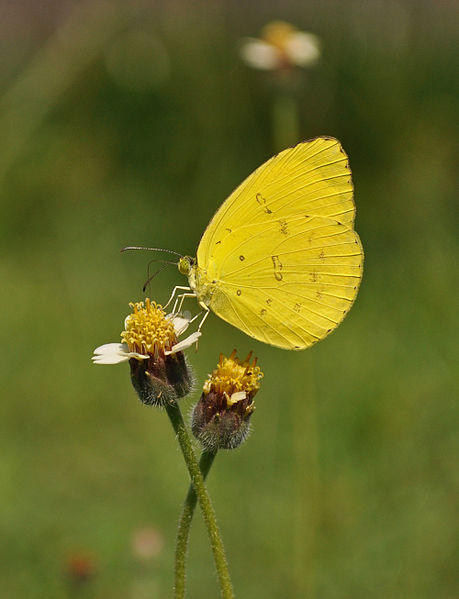 Eurema is a widespread genus of grass yellow butterflies in the family Pieridae. Species range from Asia, Africa, Australia, and Oceania, to the New World. The type species is the North American barred yellow (Eurema daira). 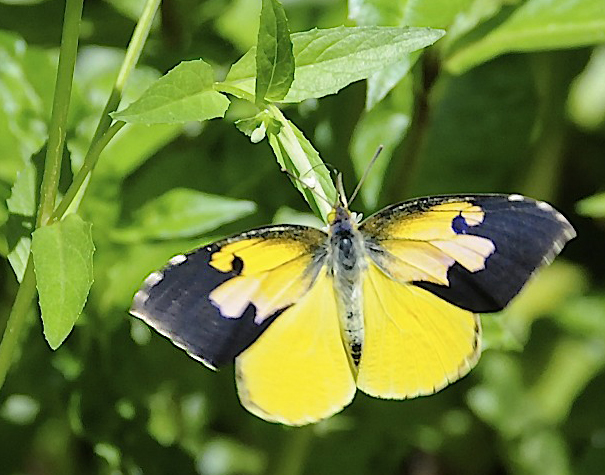 This butterfly, is sometimes placed in the related genus as Colias eurydice. The dogface butterfly has been the "state insect" of the U.S. state of California since 1972. The 'dogface' name comes from a wing pattern resembling a dog's face (some think it looks like a poodle) which is found on the male of the species. 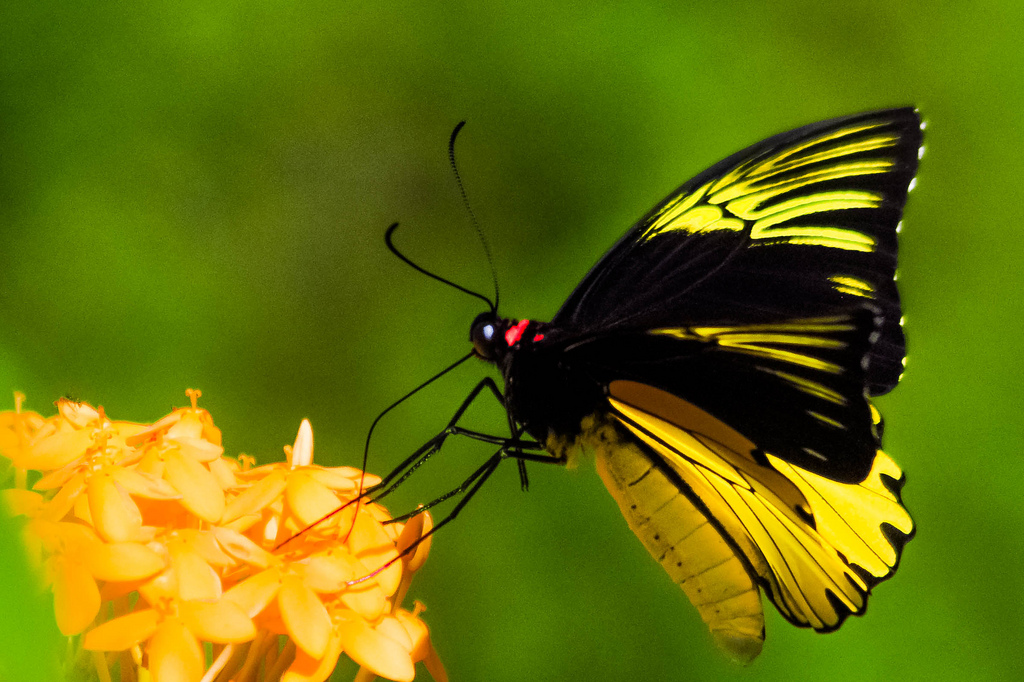 The common birdwing, is a butterfly belonging to the family Papilionidae. The butterfly has seventeen subspecies. 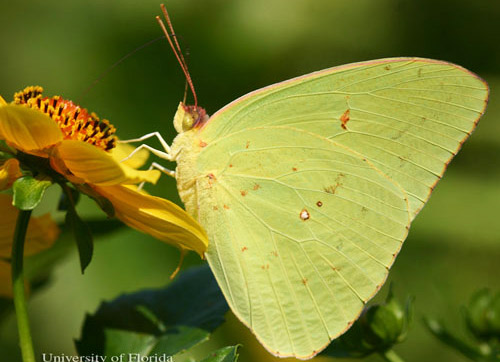 A popular butterfly in the U.S. state of Floriad, and particularly prominent during its fall southward migration. Its genus name is derived from Phoebe the sister of Apollo, a god of Greek and Roman mythology. 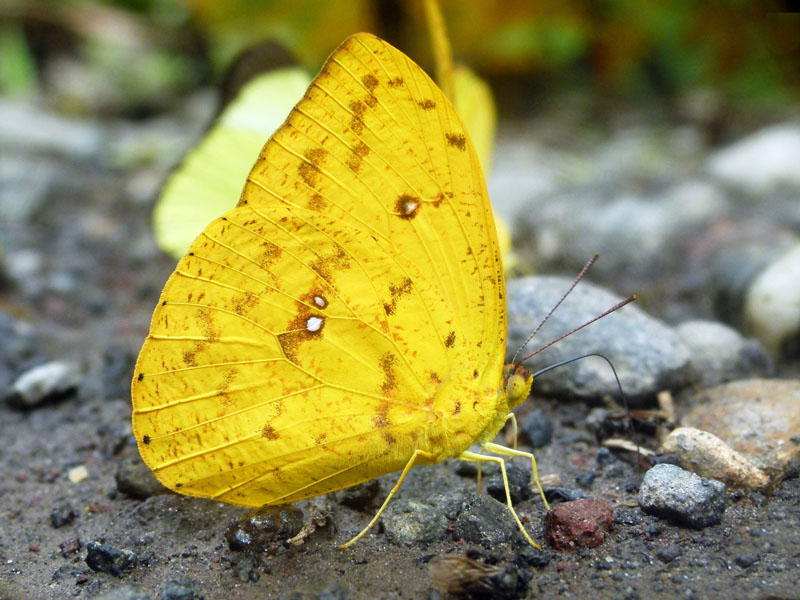 The Apricot Suplphur butterfly, also known as the Argante giant sulphur, is a butterfly in the Pieridae family. This species can mainly be found from Mexico up to Peru, in the Antilles and in Cuba.